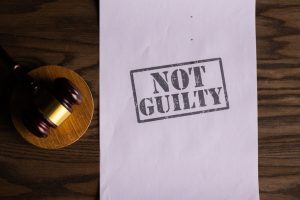 Shortly later our client was arrested at his home and conveyed to Blacktown police station where he was charged with the following:

After a lengthy Trial, our client was acquitted of both charges and found Not Guilty!

Our Client thanked Mr Zakaria for his dedicated work to ensure this great result was possible.

No Conviction – Reckless Wounding and Use Offensive Weapon Withdrawn!Client Charged with Importation of Methamphetamine Found Not Guilty at Trial!