No Conviction – Reckless Wounding and Use Offensive Weapon Withdrawn!

The Complainant and our client were in a relationship and living together.

Our client had approached the complainant while they were asleep, woke them up and began to argue questioning the complainant about infidelity. The Argument grew heated between both parties. 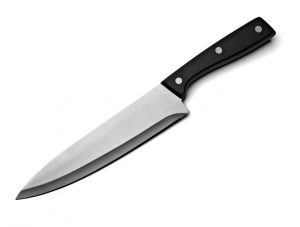 The complainant then tried to take the knife from our client which resulted in the knife causing a deep wound to their forearm.

At this stage the Complainant has left the home and called the police. Police arrived on scene and spoke to the complainant and they were conveyed to the hospital for their injuries.

Police placed our client under arrested and they were conveyed to Granville Police Station and charged with five sequences of offences:

After significant preparation, Mr Zakaria was able to resolve the matter by having the most serious charges withdrawn those being Reckless Wounding and using an Offensive Weapon with intent to commit an Indictable Offence. Our Client was sentenced in relation to the remaining offences. During the Sentence Proceedings, Mr Zakaria made strong submissions and convinced the Magistrate impose a Good Behaviour Bond without conviction!

Our client was thrilled with the result, not only had they evaded imprisonment but the charges did not result in a conviction! Our client thanked Mr Zakaria for his dedicated efforts to make this excellent result possible.

Client Not Guilty at Trial for Armed Robbery and Kidnapping !Client Charged with Alleged Rape – TRIAL VERDICT NOT GUILTY !