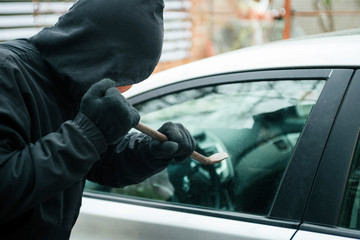 Our client was driving in Merrylands. Our client approached an intersection in which he proceeded to swerve into the lane where the complainants was driving and collided with their vehicle. Shortly after, both vehicles parked. It is alleged that our client has taken a number of swings with a car jack and damaged the complainants vehicle by shattering the vehicles front windshield and rear window. Our client continued to walk towards the group of males in an attempt to scare them. Our client then re-entered the driver’s seat, in an attempt to stop him from driving, witnesses have driven there car to the front bumper of our clients car. Our client proceeded to ram his car into the witnesses car.

Shortly thereafter, police arrived at the scene and immediately sighted all of the parties being abusive towards each other. Police conducted a breath test on our client which returned a 0.232 reading. The police arrested our client and took him to Granville police station where a breath analysis was conducted and results showed a 0.145 grams of alcohol in 210 Litres of breath. Our client then received a suspension notice.

Our client was charged with 4 offences:

The first two offences were Intentionally or Recklessly Destroy/Damage Property, under section 195(1)(a) of the Crimes Act 1900. The maximum penalty for each of these offences is 5 years imprisonment.

The Third offence was Affray under section 93C(1) of the Crimes Act 1900. The maximum penalty for this offence is 10 years imprisonment.

The final charge against our client was Drive with Middle Range PCA, under section 110(4)(a) of the Roads Transport Act 2013. The Maximum penalty for this offence is 9 months imprisonment, a fine of $2200 and an automatic drivers license disqualification for 12 months.

Our client was deeply upset and concerned about the repercussion of the charges. He thought it was within his best interest to seek legal advice and subsequently retained Mr Zahir Zakaria.

Mr Zakaria worked tirelessly in preparation and presented powerful submissions to the Magistrate at Parramatta Local Court. Ultimately, the Magistrate imposed a fine and a Community Correction Order for 18 months.

This was the best possible outcome for our client who was extremely satisfied with the result. It meant that our client was able to avoid jail. Our client mentioned that without the help of the team at Oxford Lawyers, he would not have achieved such a great outcome.