Police attended our client’s home and began searching the premises. Police searched our clients bedroom and located the drug Lysergide.

Our client then attended Liverpool Police station where he was placed under arrest and charged with supplying a prohibited drug, namely Lysergide being an amount not less than the large commercial quantity applicable for that drug under Section 25 (2) of the Drug Misuse and Trafficking Act 1985.

The Maximum penalty for this offence is imprisonment for a term of natural life and a fine of $550,000.

Given the serious nature of the offence our client was refused police bail and was held in custody.

We attended Liverpool Local Court and made strong submissions in favour of our client to be granted bail. The Magistrate was persuaded by Mr Khatiz that placing 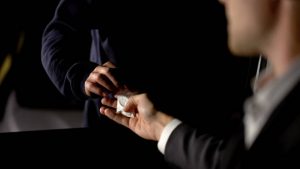 conditions upon our clients bail would mitigate the bail concerns and granted our client bail!

Mr Khatiz continued to work diligently on our clients matter. The matter proceeded to Campbelltown District Court, where Mr Khatiz appeared and sought a non-conviction for the supply charge. Despite our client being refused bail initially, the Judge ruled in favour of Mr Khatiz’s submissions and granted the Non-Conviction!

This meant the charges were dismissed and not placed on our clients criminal record! Our client was thrilled with the result and thankful to Mr Khatiz and the Oxford Lawyers team as it was above and beyond his own expectations.