Our client was subject to a police operation, where his activities were monitored and he was arrested and charged as the director of a criminal organisation selling a large quantity of Heroin and Methylamphetamine on an ongoing basis.

As our client was being monitored for some time prior to his arrest, police had strong evidence, including a series of intercepted phone messages relating to the supply of drugs by our client. As a result, our client was charged with 69 offences, the most serious of which being Supply Prohibited drugs on an ongoing basis pursuant to section 25A of the Drug Misuse and Trafficking Act 1985, which carried a maximum term of 20 years imprisonment.

Faced with such a lengthy prison sentence, our client wanted the best lawyers on his case and contacted and retained Principal Solicitor and Accredited Criminal Law Specialist Mr Zemarai Khatiz. Over many months, Mr Khatiz worked tirelessly for our client, making representations to the Office of the Director of Public Prosecutions, reducing the amount of offences our client was charged with from 69 to 4.

Despite his success in negotiating with the Office of the Director of Public Prosecutions, Mr Khatiz did not waver and continued to work and manage our clients matter, providing him with regular updates and advice as to how best proceed.

Mr Khatiz then appeared at Parramatta District Court and made extensive and powerful submissions on behalf of our client. Mr Khatiz highlighted the disadvantaged upbringing of our client, his young age, high prospects of rehabilitation and a myriad of other factors, which led the court to sentence our client to a backdated 18 month non-parole period in prison.

By comparison, our client’s co-accused, who was charged with far less serious offences received a 17 month non-parole period in prison. Proving that having the best lawyer really does matter!

Our client and his family were extremely impressed with Mr Khatiz’s management of his matter and his excellent work ethic. His mother was relieved at knowing she will be able to see her son as a free man in the very near future. 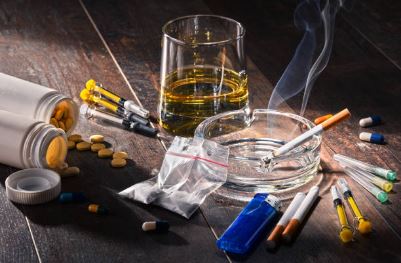