Following reports of multiple persons outside an address breaching Covid-19 restrictions police arrived on scene sighted a group of people at the front of a residential address. The group of people were paying respects to deceased person.

Police approached our client as they had knowledge a person residing at our clients residence had tested positive for Covid-19. Police requested for our client to produce his identification as they believed he was in breach of the public health orders. Our client refused to comply.

A verbal argument ensued between our client and police officers. Police placed our client under arrest for the purpose of establishing his identity. 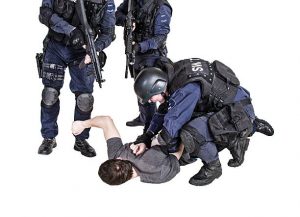 Police became involved in a struggle with our client whilst trying to handcuff him. Our client continued to resist and police requested the assistance of additional police.

Police placed our client in handcuffs and he was conveyed to Blacktown Police Station and was subject to a form of demand. Our client refused to comply as he did not supply the details of the driver of the vehicle or any passenger within the vehicle.

The Maximum penalty for this offence is 6 months imprisonment and a fine of $1100.

The maximum penalty for this offence is 12 months imprisonment and a fine of $5500.

Our client was granted police bail with a number of conditions including a house arrest condition.

Shortly after, our client breached his house arrest condition, was refused bail and was placed into police custody.

Our client was concerned about his situation and contacted the Oxford Lawyers Parramatta Office where he retained Criminal Defence Solicitor Mr Eli Mansour.

Mr Mansour attended Parramatta Bail Courts and made convincing submissions for our client to be granted bail and to be released from custody. The Magistrate was persuaded and granted our client bail.

The following Court Proceeding Mr Mansour attended Blacktown Local Court and made powerful submissions for our client to not receive a jail sentence. The Magistrate was convinced and imposed a Good Behaviour Bond by way of a Conditional Release Order and a fine of $300 for the aforementioned offences.

Our client was thrilled with the result as he was no longer on house arrest and avoided full time imprisonment.