face on the side of the door, then her right side of her face hit the edge of the tiles when she hit the floor of the bathroom. 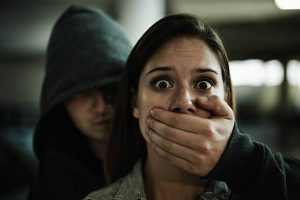 It was then alleged by police that our client, uncuffed the complainant, took her phone and car keys, hid them and told her she couldn’t leave. Our client then went to the living room and allegedly continued to smoke ice.

It was alleged by police that during this time that our client was smoking ice, a number of people came into the unit and our client sold them ice. A couple of hours later, the people whom our client allegedly sold ice too were arrested.

The police attended our client’s residence and he was later conveyed to Miranda Police Station where he was refused bail.

Police conducted a crime scene examination at our client’s residence where they located:

This offence carries a maximum penalty of imprisonment for 20 years.

Our client was extremely nervous about the prospect of going to jail for a crime he did not commit.

Principal Solicitor and Accredited Criminal Law Specialist Mr Zemarai Khatiz of Oxford Lawyers appeared for our client at the Local Court and applied bail. Our client was granted bail thanks to the convincing submissions put forth by Mr Khatiz which significantly mitigated the bail concerns the Magistrate had.

Our client pleaded not guilty to the charge.

From there, Ms Dao worked determinedly to prove our client’s innocence and the matter proceeded to a Trial at Sydney District Court. As a result of Ms Dao’s preparation, strong submissions and evidence tendered, our client was found not guilty by a jury verdict and was acquitted of the charge!

Our client was extremely happy with the result as the allegations were very serious and he would have faced a long time in prison if he was found guilty.