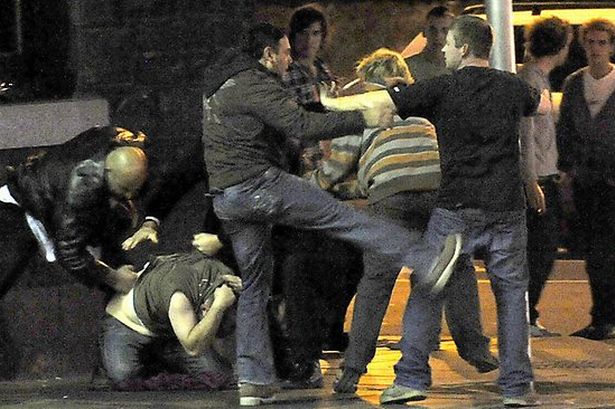 Our client had spent the day with his brother and friend celebrating. He wanted to wrap up the night with some karaoke at a local bar that he visits often. While all three were let in, his brother was asked to leave within 20 minutes.

However, his brother wasn’t happy being told to leave and began questioning the security. Our client could tell that it was getting heated and, on multiple occasions, told his brother to drop it and just leave.

The argument continued outside and eventually tempers flared violently and an all in brawl broke out. With punches flying everywhere our client was force to defend himself after being hit multiple times by the security. Our client, however, was still trying to calm the situation.

However despite CCTV footage showing our client retaliating only after being hit he was still  charged with Affray under s93c (1) of the Crimes Act 1900 as well as failure to leave premises when required under s77 (4) of the Liquor Act 2007. Our client was facing a significant term of imprisonment if found guilty of these charges.

Fortunately, he contacted Oxford Lawyers and Mr Zemarai Khatiz, Principal of Oxford Lawyers and Accredited Specialist in Criminal Law began working extensively on his case. After lengthy preparation, Mr Khatiz appeared at Mt Druitt Local Court and submitted that the client was in fact acting in self-defence and provided 17 different still shots of our client attempting to defuse the situation. Mr Khatiz submitted that his client did what he had to in order to protect himself.

The magistrate was persuaded by this evidence and found our client Not Guilty of all charges. This result meant that our client was able to return home to his family and continue living his life.

Good Behaviour Bond for Client Charged with Deal with Proceeds of Crime
August 13, 2021

Brilliant Result for Client – All Charges and AVO Withdrawn
August 12, 2021

No Conviction – Client Caught Driving with Cocaine in his System!
August 2, 2021
Services
Send us a message
Contact info
© Oxford Lawyers