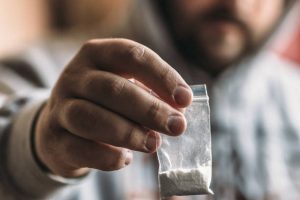 Police observed two men running down a street while one of them was speaking on their mobile phone.

Shortly after, police observed a vehicle driving and stopping.

The two men previously witnessed running were seen to be entering the vehicle.

Police kept a vigilance on the vehicle and two people that entered.

Once the two males exited the vehicle, they were stopped and searched by police.

Police found bags of cocaine located on one of the males, who informed police he had obtained in from the vehicle they had entered.

Our client was inside the vehicle that supplied the cocaine to the two individuals.

Police stopped the vehicle, charged and arrested our client for:

Supply Prohibited Drug under Section 25(1) of the Drug Misuse and Trafficking Act 1985.

The Maximum penalty for this offence is 15 years imprisonment and a fine of $220000.

Mr Khatiz appeared in Sydney District Court and strongly argued in favour of our client.

The Judge was persuaded by Mr Khatiz’s submissions and imposed a Good Behaviour Bond without a Conviction!

Our client was thrilled with this result as it meant this serious offence would not jeopardise his ability to support his family.