Prior to this alleged offence our client was issued a final Apprehended Domestic Violence Order (AVO) in favour of the complainant.

On the night of the alleged offences, our client returned entered his home and saw the complainant; his wife dancing. Our client allegedly grabbed her arm attempted to kiss her to which she did not reciprocate . Our client 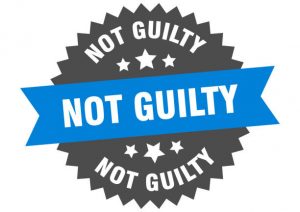 Soon after, police were called and arrived on scene. Our client was observed to have a strong odour of alcohol coming from him. Our client was arrested and conveyed to Fairfield Police station.

Our client was arrested and charged with the following:

The matter proceeded to a Defended Hearing where Mr Taleb appeared at Fairfield Local Court. Mr Taleb Defended the charges and ultimately the charges were dismissed!

Our client was thankful to Mr Taleb for this excellent result.

Excellent Result – No Conviction – Drive while Disqualified!
May 27, 2022