Brilliant Result for Client – All Charges and AVO Withdrawn

Our client and complainant were married. 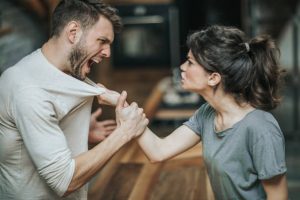 Our client packed his belongings and left the home.

Later on, police arrested our client and conveyed him to Parramatta Police station where he was charged and served with an Apprehended Violence Order (AVO).  An AVO relates to the protection of a person/s where a domestic relationship exists between the parties.

The AVO was imposed for a period of 2 years and the maximum penalty for breaching the conditions of the AVO are a fine of up to $5,500 or imprisonment for two years.

The maximum penalty for this offence is 2 years imprisonment and a fine of $5500.

The maximum penalty for this offence is 2 years imprisonment and a fine of $5500.

Mr Zakaria appeared at Liverpool Local Court and convinced police prosecution prior to the commencement of the hearing to withdraw all the charges and the AVO!

Our client was thrilled with this result as it meant he avoided the prospect of jail, the risk of any punitive sentences and maintained a clear criminal record.

Good Behaviour Bond for Client Charged with Deal with Proceeds of CrimeNo Conviction – Client Caught Driving with Cocaine in his System!