Bail Granted & Then Found Not Guilty for Client Charged with Possession of Four Firearms, Ammunition, Breach of a Prohibition Order, and Unlawful Possession of a Black Leather Police Jacket Part 2/2 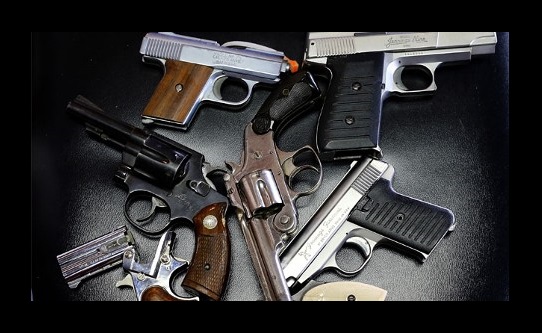 Due to the further charges, Police decided to make a Detention Application at Parramatta Local Court. In effect, this was an attempt by the police to revoke his bail. The client once again used Oxford Lawyers and this time Ms Sarah Rashidi, Criminal Defence Lawyer appeared in the matter where she presented powerful submissions as to why our clients bail should not be revoked. The magistrate ultimately agreed with Ms Rashidi’s submissions and made the orders that bail was to continue.

Under the advice of Mr Zemarai Khatiz, our client entered a plea of not guilty to the charges of breach FPO and possession of an unauthorised pistol. These maters proceeded to a Defended Hearing at Parramatta Local Court. Mr Khatiz made strong submissions that the prosecution could not prove beyond a reasonable doubt that the client ever had exclusive custody of the unauthorised pistol and as such, was not in breach of the Firearm Prohibition Order.

The magistrate agreed with Mr Khatiz and found our client not guilty of possessing an unauthorised pistol and hence not guilty for breaching a firearm prohibition order as there was no case for our client to answer.

There was no rest for Mr Khatiz after this successful result as our client still had the original charges to answer. Those matters were listed for a Defended Hearing to take place at Penrith Local Court. Mr Khatiz made representations to the Director of Public Prosecutions persuading them to withdraw all the remaining charges as there was not sufficient evidence to find our client guilty. The prosecution agreed and decided to withdraw all the charges.

Our client was incredibly happy with this result as he was facing a lengthy term of imprisonment. Instead our client was found Not Guilty of all these very serious charges. This meant he can continue living his life free and his future is not affected by a criminal conviction.

Client’s Licence Suspended Without His Knowledge, But We Got the Charges DismissedBail Granted & Then Found Not Guilty for Client Charged with Possession of Four Firearms, Ammunition, Breach of a Prohibition Order, and Unlawful Possession of a Black Leather Police Jacket Part 1/2