Police were at Liverpool railway station when their Drug Detection Dog detected the scent of an illegal substance in the free airspace surrounding our client. Police approached our client to ask whether he had any drugs in his possession. 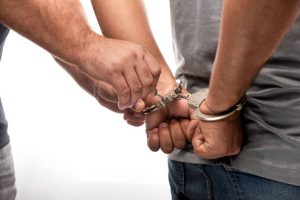 Our client admitted he had cannabis in his possession which was inside a bag he was carrying. Police escorted our client to a private room where he was searched and found a plastic zip bag containing cannabis.

Our client admitted to this offence stating that he smokes cannabis to control his anxiety and he was on bail with a condition not to possess any drugs. Our client was arrested and conveyed to Liverpool Police Station.

Our client was charged with possessing prohibited drugs under Section 10(1) of the Drug Misuse and Trafficking Act 1985.

The Maximum Penalty for this Offence is 2 years imprisonment and a fine of $2,200.

Charged with this offence while already being on bail, meant that our client was taken into custody by police and refused bail! Our client was nervous about remaining in prison but knew which Lawyers he could depend on.

Mr Khatiz appeared at Sydney District Court on behalf of our client and presented compelling arguments to the Judge to allow our client to be granted bail despite committing an offence that breached his conditions. The Judge granted our client bail on the basis of Mr Khatiz’s submissions.

Following this, Mr Khatiz then appeared at Liverpool Local Court and made powerful submissions on behalf of our client in relation to his prohibited drug possession charge. The Magistrate was persuaded and imposed a Section 10(A) which meant that he received no fine for this offence and no penalty for the breach of bail.

Our client was very appreciative of Mr Khatiz for this excellent result.