Police observed our client within their vehicle and approached the vehicle. Police allege that as a result of our client’s behaviour it appeared they were affected by some form of illicit drug as they became hostile towards police.

conducted checks on our clients’ drivers licence revealing that he was endorsed as disqualified from driving.

Our client was placed under arrest and conveyed to Liverpool Police Station where he was bail refused. 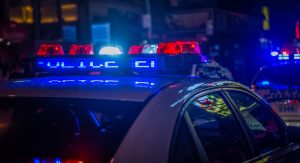 The Maximum penalty for this offence is 12 months imprisonment and a fine of $5500.

The Maximum penalty for this offence is 15 years imprisonment and a fine of $220,000.

The Maximum penalty for this offence is 2 years imprisonment and a fine of $2200.

The Maximum penalty for this offence is 2 years imprisonment and a fine of $2200.

Our client retained Mr Zahir Zakaria from the Oxford Lawyers Located at Parramatta.

Mr Zakaria appeared at Liverpool Local Court where he made strong submissions on behalf of our client being granted bail and offered necessary bail conditions to satisfy the Court that there is not an unacceptable risk for our client to be on bail in the community,

The Magistrate was persuaded and found that with the necessary bail conditions, there was no unacceptable risk and granted our client bail!

Our client was thrilled with the result and thanked Mr Zakaria for this excellent result.

NO conviction recorded for client charged with Drug Driving!
July 27, 2022