The following is alleged by police:

Police alleged that our client was operating a drug supply syndicate and recruited a taxi driver, the co-accused, to pick up, store and supply prohibited drugs to a large customer base. 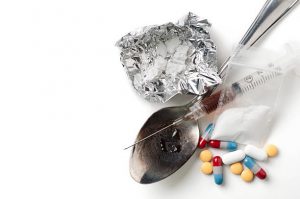 the box and he had no knowledge of what was inside.

Located under our client’s bed was allegedly thousands of dollars in cash in a box, which police alleged this money to be proceeds of drug supply. Police also allegedly located the drug cocaine and various packaging, scales, and rubber bands which the police claim are consistent with drug supply activities.

Further to this, police also located a medium-sized clear resealable bag containing numerous pills. The police also alleged to have located knuckle dusters which are classified as a prohibited weapon.

Our client was arrested and taken to Mount Druitt Police Station where he was bail refused.

The maximum penalty for this offence is 15 years imprisonment and/or Fine of $220,000.

The maximum penalty for this offence is imprisonment for 7 years.

The maximum penalty for this offence is imprisonment for 14 years.

The maximum penalty for this offence is 15 years imprisonment and/or Fine of $220,000.

The maximum penalty for this offence is 15 years imprisonment.

On behalf of our client, Mr Khatiz applied for Bail and appeared at Mount Druitt Local Court where he made strong submissions that mitigated the bail concerns under section 17 of the Bail Act 2013.

Based on the strong submissions, our client was granted Bail.

Our client was very happy with the result and thankful to Mr Khatiz for his hard work and efforts to grant him, Bail.

Good Behaviour Bond for Client Charged with Deal with Proceeds of Crime
August 13, 2021

Brilliant Result for Client – All Charges and AVO Withdrawn
August 12, 2021

No Conviction – Client Caught Driving with Cocaine in his System!
August 2, 2021
Services
Send us a message
Contact info
© Oxford Lawyers