Police alleged that they observed a male exchange items with our client who was the driver of a vehicle.

Police then conducted a search of our client and the vehicle. Police alleged to have located multiple clear reasonable bags containing white powder. Police also alleged located thousands of dollars of Australian currency.

Our client was placed under arrest and conveyed to Surry Hills Police Station where he was refused police bail and was placed into custody.

The maximum penalty for each of these offences is 15 years imprisonment and a fine of $220,000.

The maximum penalty for this offence is 2 years imprisonment and a fine of $2200.

Facing a number of serious charges, our client knew he had to contact the best lawyers for the job. Fortunately our client contacted the Oxford Lawyers Parramatta 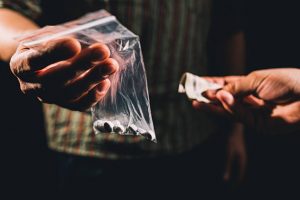 Mr Khatiz appeared before Parramatta Bail Courts where he made strong submissions on behalf of our client to be released on bail. Mr Khatiz prepared for the matter and provided the Magistrate with a number of bail conditions that would mitigate the bail concerns.

Our client was thrilled with this result as it meant that he can continue living his life within the community during his criminal proceedings.

NOT GUILTY – Client Charged with Reckless Choking and Common Assault !Trial Verdict – Not Guilty for Armed Robbery and all charges!